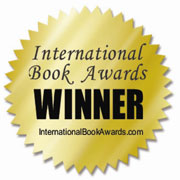 I have been anticipating the release of the Trogons – A Natural History of the Trogonidae since learning that Australian ornithologist Joseph M. Forshaw and American artist Albert E. Gilbert were to collaborate on a monograph featuring the trogons, which are a family of birds that many believe to be among the most beautiful in the world. I was first introduced to Forshaw’s work with Kingfishers and Related Birds and later with Parrots of the World, both illustrated by renowned artist William T. Cooper. As a student of bird art since my youth, I have been keenly aware of Gilbert’s art beginning with his compelling paintings in Brown and Amadon’s Eagles, Hawks, and Falcons of the World. Later, he would produce a series of spectacular paintings for Delacour and Amadon’s classic Curassows and Related Birds, which solidly established him as one of the finest bird artists in the world and launched a career that has now spanned some five decades. With the recent release of Trogons, published by Princeton University Press, I’m again reminded of a by-gone era of bird portraiture where science and art combined to produce natural history books of extraordinary beauty. Masterfully produced by award winning book designer Derek Stone, Trogons is a large (11″x16″) folio- sized book limited to an edition of 700 copies in the U.S. and an additional 700 copies by Lynx Edicions in Europe.

Forshaw’s text begins with an introduction to the Trogonidae that is informative and easily digested. I found the section on physical features particularly interesting, with Forshaw pointing out that trogons possess soft, dense feathers attached to thin skin, which causes the feathers to be become easily detached, a possible defense mechanism against predators. Additionally, molecular studies have shown that trogon feathers are highly pigmented, contributing to their dazzling plumage. This is particularly evident in Pharomacrus quetzals, and reaches its zenith in the highly venerated Resplendent Quetzal of the cloud forests of Central America. Following the introduction are thirty-nine species accounts accompanied by color plates and black and white text illustrations by Gilbert. Judging by the impressive list of references, Forshaw has done an outstanding job of condensing a wealth of information on the natural history of trogons, in addition to drawing from his own observations. Well organized, concise, and easily referenced, the species accounts include distribution maps followed by sections on Descriptions, Subspecies, Habitats & Status, Movements, Habits, Calls, Feeding, Breeding and Eggs. Sadly, an all-too-familiar theme emerges as we learn that many trogons species are facing population declines owing to logging and deforestation of critical habitat.

Often in book reproduction the quality of an artist’s work can be severely diminished. Over the centuries innovations in the printing process have enabled artists to portray their subjects with increasing accuracy. With Trogons, innovations have once again enabled book designer Derek Stone to faithfully reproduce Gilbert’s artwork in its intended splendor. Possessing pyrotechnic qualities, trogons confront the artist with a spray of colors one could scarcely imagine replicating, yet Gilbert’s peerless watercolors achieve precisely this. A seamless compliment to Forshaw’s scholarly text, his meticulous paintings result from studying and drawing the living bird. In preparation for Trogons, Gilbert made numerous expeditions to Central and South America, Africa, and Southeast Asia. Painstakingly researched, his portraits are not only beautiful, but offer accurate details on soft body parts and plumage characteristics previously unavailable. Electing not to be a slave to detail, Gilbert deftly imparts life to his birds by suggesting, rather than delineating, every feather. Accompanying each plate are personal notes by the artist, which are a tasteful addition. I was struck by the similarities of some of Gilbert’s paintings to those of George Miksch Sutton’s watercolors in Portraits of Mexican Birds, published in 1975. Gilbert gained personal instruction through his friendship with Sutton, and his influence can be seen in Gilbert’s paintings, particularly the Black-headed Trogons on page 199 and the Masked Trogons on page 271. Elegant and simply stated, they represent bird portraiture of the highest caliber. No less noteworthy are his depictions of habitat; bromeliads, epiphytes, and moss -laden branches are rendered with subtle attention to light and shadow, lending an authenticity that is unsurpassed.

I am reminded of the words of the great Wisconsin artist Owen Gromme, who was once asked how long it had taken him to complete a particular painting. Pausing, Gromme replied “A lifetime”. With Trogons, Joseph Forshaw’s and Albert Gilbert’s life work have joined to create an exquisite book of timeless beauty. I enthusiastically recommend it.